Click here for our official policy document regarding our trademarked items in the RECCE Group of entities. (SASFA, SASFHF & RECCE INC) 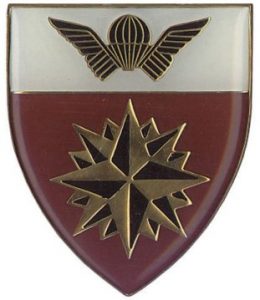 “We Fear Naught But God”

The emblem of the unit was authorised on 13 February 1982 and the unit colour was awarded on 5 December 1988.

During the period of rationalisation, re-organisation and integration, from 1992 to 1995, 5 Reconnaissance Regiment was firstly renamed 451 Parachute Battalion, before being finally re-designated as 5 Special Forces Regiment.

The Commandos in 5 Special Forces Regiment were reorganized to comprise:- 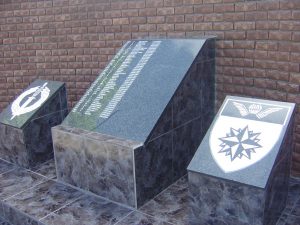 Battle Honours
During the Battle of Bangui that took place in the Central African Republic during March 2013, members of 5SFR distinguished themselves in battle and some members were decorated for bravery with the Silver Leopard and the Bronze Leopard.

The unit was allowed to add the name of the battle to their Regimental Colours. Faces of serving SA Special Forces operators are blacked out.

The Recces - We Fear Naught but God

Thank you for your contribution

Your submission has been sent.

PLEASE SUBMIT YOUR CONTRIBUTION BELOW